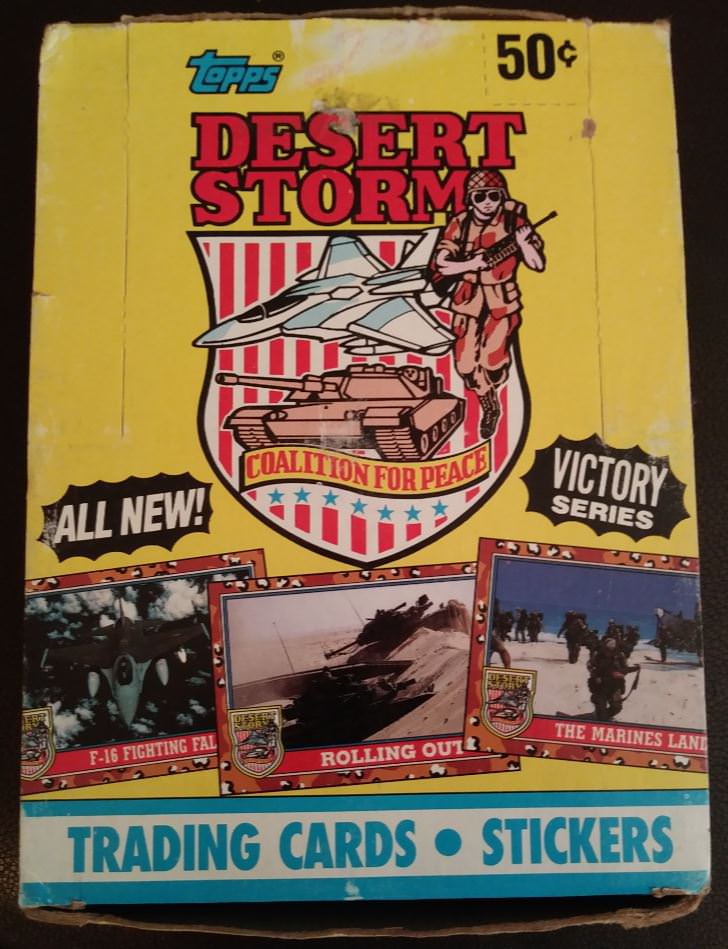 Back when the USA used to launch surgical strikes against countries that did something wrong instead of just getting into unwinnable grind of Operation Bomb Useless Dirt, they had trading cards for Operation Desert Storm. Ah, the days when high-tech war meant laser guided bombs going into the chimney of an Iraqi defense ministry instead of using drones to defeat Christendom’s greatest enemy: Afghani weddings. A Something Awful goon found a trove of Desert Storm cards and you can follow his adventures in this thread.