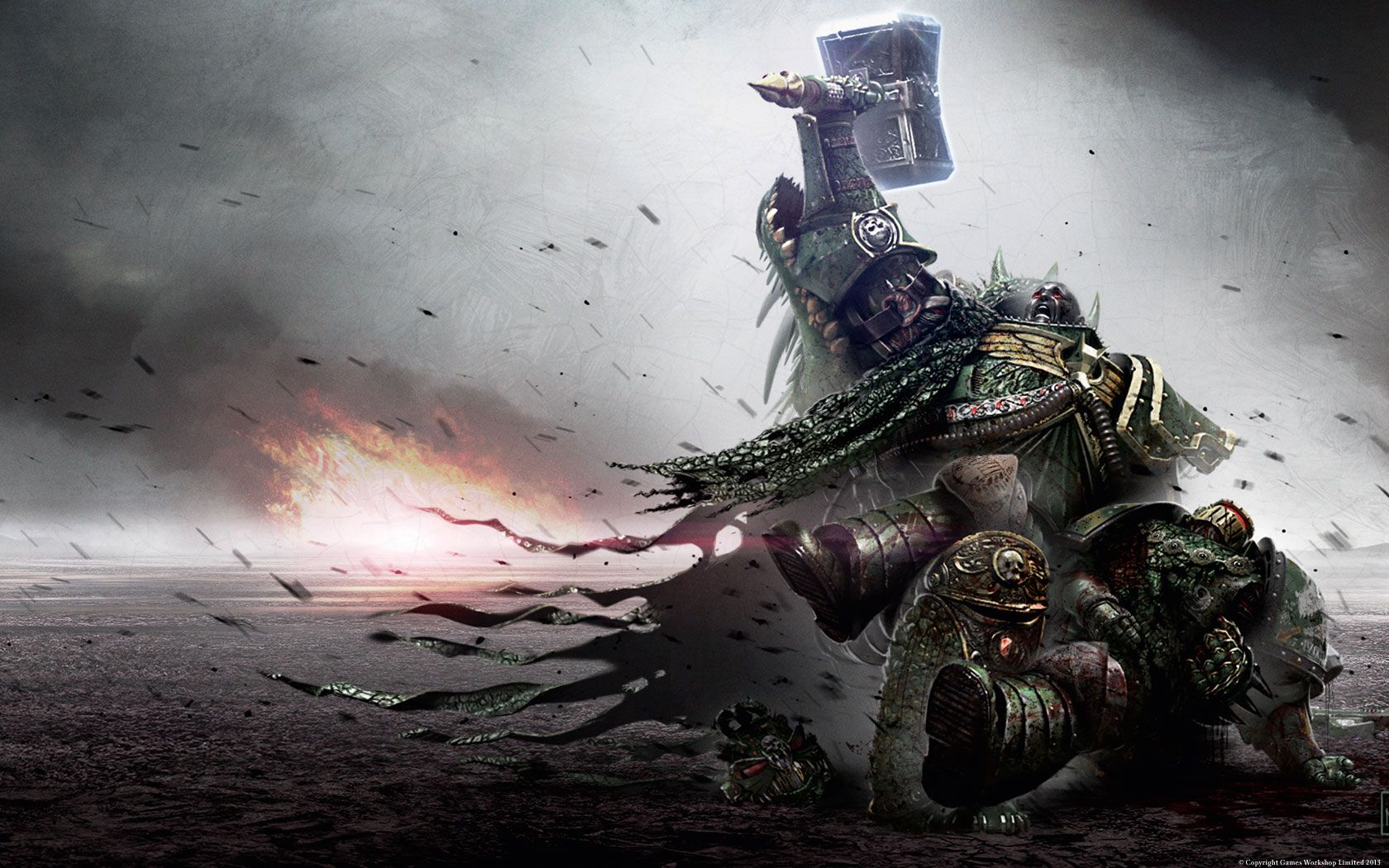 Horus Heresy Legions, the game about, well, Horus Heresy spent a lot of time getting  to the actual heresy. The whole closed beta was dedicated to the actions on Istvaan III and the surrounding events. We have now moved to Istvaan V, which means that loyalist legions are being introduced. First were the Iron Hands – and today, we have the Salamanders!

For those not in the know, Salamanders are the most bro of all Marines, living among mortals and generally being cool black dudes (even though they’re not black-black… it’s complicated). Back in 30K, they were devastated in the Drop Site Massacre, where Ferrus Manus literally lost his head and Salamander Primarch Vulkan died… for the first time.

So, what do they do in the game? To answer this question with a question, I’ll ask “do you like Survivor?” Because this army has Survivor in fucking spades. Basically all infantry – and a dreadnought, and a shielded-fucking-Land Raider – have Survivor of some sort.

For those not in the know, Survivor X ability means that after you kill that card, it returns back with X HP, no matter how much damage you dealt to it beforehand. It does not, however, work against effects that straight up kill the card instead of dealing damage, so Poison (hello, Death Guard!), Perfection’s Flight and Outflank still kill them dead.

Vulkan himself comes with Reckoning which costs 1 after he triggers his own Survivor 5 – and it resets his Survivor. Oh, and it’s repeating, so you’ll have to whack him a few times to keep him down.

Oh, and Salamanders have a special kind of Tactic cars called Teachings that give various buffs to your units (including yet more Sacrifice and Survivor, Jesus Christ). I think the gist of Teachings not being Tactics is that they can’t be copied by that git Maloghurst or made more expensive by Hydra, which inexplicably still remains the heaviest vehicle in the Imperial Army arsenal.

Speaking of which, at least two cards boost Imperial army troops, and you’ll be seeing more Stun than usual. That and several units have “hurt the target and units beside him,” which all come with flamer effects – because if there’s one thing that Salamanders love, it’s setting fools on fire.

On the down side, you won’t have that many vehicles and single target high damage stuff. Also, the Salamander commanders are either Medium or Low on innitiative, so you’re unlikely to go first (unless you play against such slowpokes as Iron Hands).

Overall, Salamanders seem very different – and very fun. They are probably the best Legion in 30K lore, and they seem like a very vexing enemy to stand against. Just beware of Battle Honors and anything that empowers itself by killing enemies!