Seeing as I’m possessed of a brain so smooth as to be featured in anti-wrinkle cream commercials, I bought Warlord Games’ Second Great Mystery Box. Because who wouldn’t want a Lyudmila Pavlichenko miniature for “free,” even if they don’t know who she is and they don’t collect Soviets (yet)?

The box, delivered by UPS, arrived quite fast, though a little worse for wear. Must be hard, crossing the barrier separating the the realm of man from Brexit Fail-slands.

Not picture: order confirmation, some brown packaging paper to serve as padding.

Just having struck a deal with my friend that I’ll pay him cash money to assemble my Infinity miniatures for me, I appreciate Lyudmila here coming in one piece. She’s staying with me!

Oh hey, some not entirely terrible dice! I’m more of a fan of rounded corners and easily readable numbers, but that’s just me. 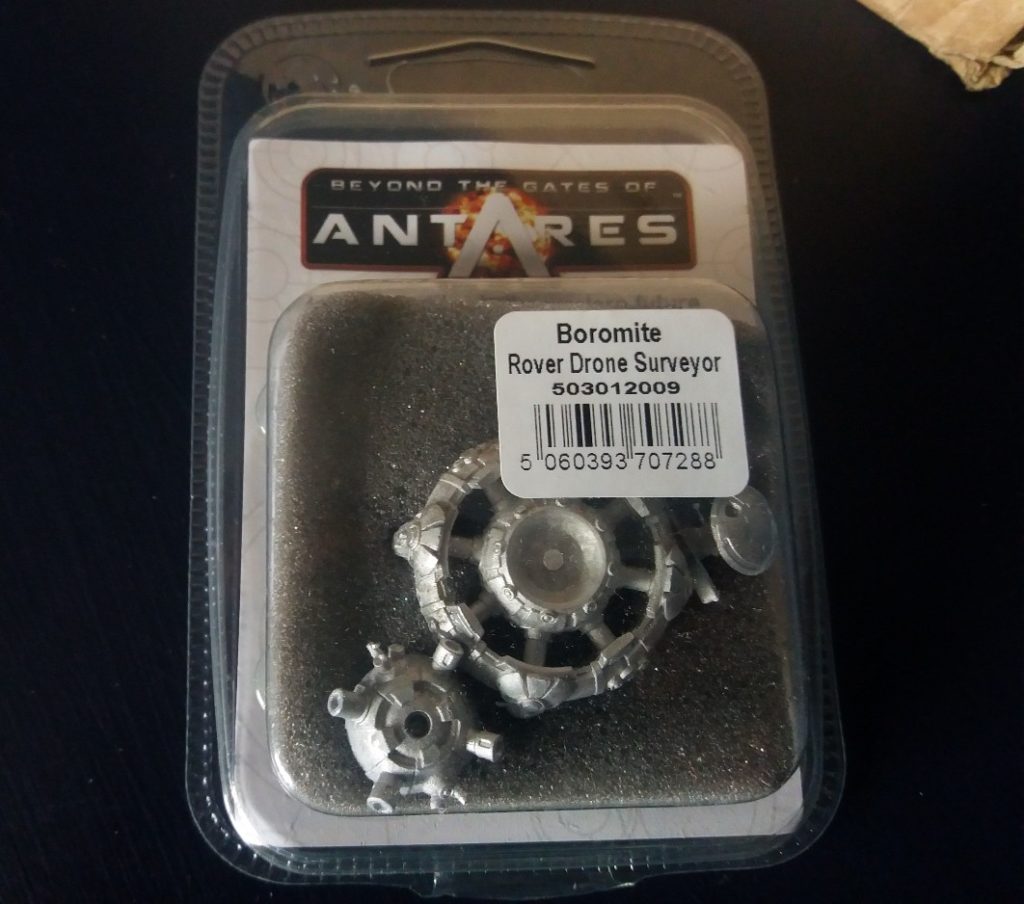 I would have enjoyed something more Isorian, if we’re being honest, but Antares is one of those games I will never get to play in flesh, not where I’m living.

Some tiny boats and nobody to play them with, too bad, so sad. Also, it’s not one of the funky designs you can see in War Thunder!

It’s the Six Doctors K9 Promotion! Yeah, no, a Doctor Who game always seemed like a dumb idea to me, even when I was watching Doctor Who.

If there ever was a project more pathetic and doomed than the Doctor Who game, it’s the Terminator one, lol.

Honestly, there’s probably a reason why none of the box promos (that I remember) mentioned these games, otherwise I might not have been swayed by the charms of Lady Death.

Now this is some of the nicest shit to come out of the Second Great Mystery Box, even if I don’t collect Americans. If I had such an idea in mind, I’d definitely considering getting some kits to expand this into a platoon.

Ah, two instances of Tool, Cat, For The Confusion Of! Of all the contents of the Second Great Mystery Box, these are most likely to come in handy, on and off the battlefield – the blue one is a line laser for LOF checking, extremely useful for playing Infinity… outside of plague times.

Oh hey, an issue of Wargames Illustrated, October 2020. It’s going to make for some fine reading, and that free sprue of Japanese might even get painted one day for nostalgia purposes.

Hail Ceasar’s armies are a bit too large for my taste and, oh yeah, NOBODY PLAYS HISTORICALS around here. Still, good material to salivate over and cry.

Overall, the Second Great Mystery Box is kind of a downer. Maybe it’s the inclusion of Doctor Who and Terminator stuff that makes it feel like a desperate filler that moves dead stock. Maybe it’s because I ordered a mystery box of miniatures for games I don’t play. On the other hand, I spent €9 euros buying War Thunder box keys this Saturday and felt regret immediately, so this definitely not the worst purchase I’ve made – and the lasers will come in handy!