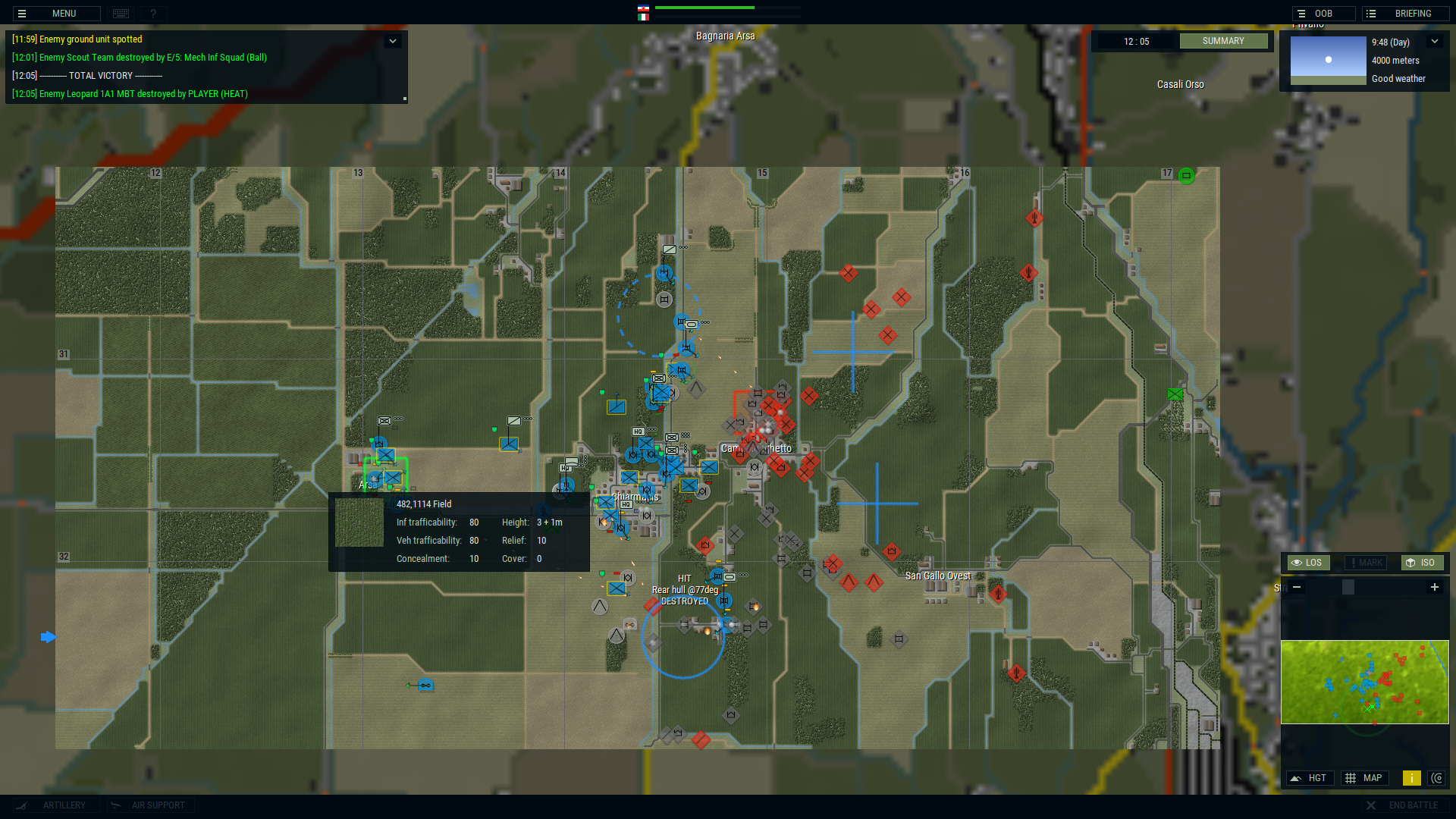 Armored Brigade – the better Cold War RTS – launched with the biggest players already in the game: the US, the USSR, both flavors of Germany, Finland… OK, the last one must have been due to where the creators come from (and possibly the desire to have Western-allied T-72s). But how about such military monoliths as, ugh. Yugoslavia and Italy?

The first Armored Brigade DLC (or “nation pack”) introduced these two countries, with the idea that they would have started a border clash once WWIII was well underway. Granted, these are non-nuclear children having a slapfight, so you can expect to see some weird hardware to take to the field no matter what date you set for the battle. Oh, and there’s a campaign system!

Hobbits in the playground

Italy, the two-time World War champions, will be armed with whatever NATO had leftover. Their hardware starts with the best Allied hits of WWII (since Italian armor didn’t really exist during the conflict) and eventually shifts to modern stuff, some of which is locally produced. At the high end, you get to see the modern Italian MBT (not many know they have one) and attack helicopters! However, if memory serves, their infantry AT game is not that hot.

Meanwhile, Yugoslavia allows you to bring T-34Bs onto the battlefield far later than it would make sense (of course, that’d be a Support choice rather than Armor), but they can still punk on APCs and other light vehicles, as well as sometimes getting lucky and doing in a Leo1 (that’s what you pay for thinking that armor is obsolete ). Other than that, you’ll see a lot of weird Yugo jets and APCs, T-55 and T-72 remixes and so on.

Drafting plans for a campaign

Now, the campaign generator is the hidden meat of the Nation Pack. While it’s possible for the more tech-savvy gamers to craft their own bespoke campaigns, for the most of us, it’s the ability to generate one on the go that’s the most interesting. You take one of those large maps that you use to select a spot for your skirmish battles and mark a string of locations that will be the zone of your fight. Unfortunately, the generator detests the mountains on the newly-introduced Italian map, so you’re unlikely to have Yugoslavian Tank Isonzo as they worm their way down the slopes.

However, once you choose your army of the campaign, you’re locked to it. Units can gain experience (or, more likely) explode and need to be replaced via the point pool (you set what proportion you’ll receive after battle). Air support can be chosen between battles, but it also draws on the same shrinking pool of resources. Meanwhile, the AI benefits from point increases the worse it fares, seemingly representing the fact that their supply lines keep getting shorter the further you push into its territory. So it has some of that winSPMBT campaign flavor, but with the unfortunate constraints of entirely automatically generated campaigns.

Curiously enough, while playing this new DLC, I noticed a bug. The Italian map contains a few seaside cities. When I set a battle in a bay once, the Italian army deployed entirely in the water. In winSPMBT, that would have meant that the entire force would have drowned. In Armored Brigade, the Italians held their fluid ground without moving (I dunno if that’s because they couldn’t move in the water or because the pier hexes weren’t crossable) and pummeled my mostly-infantry force.

All in all, the first Armored Brigade DLC is good. Most of the criticism I would have for it comes from my regular criticism for Armored Brigade – and I still consider it to be a good game. Now, if only they’d untangle the mess with commanding dismounted infantry and their transports…