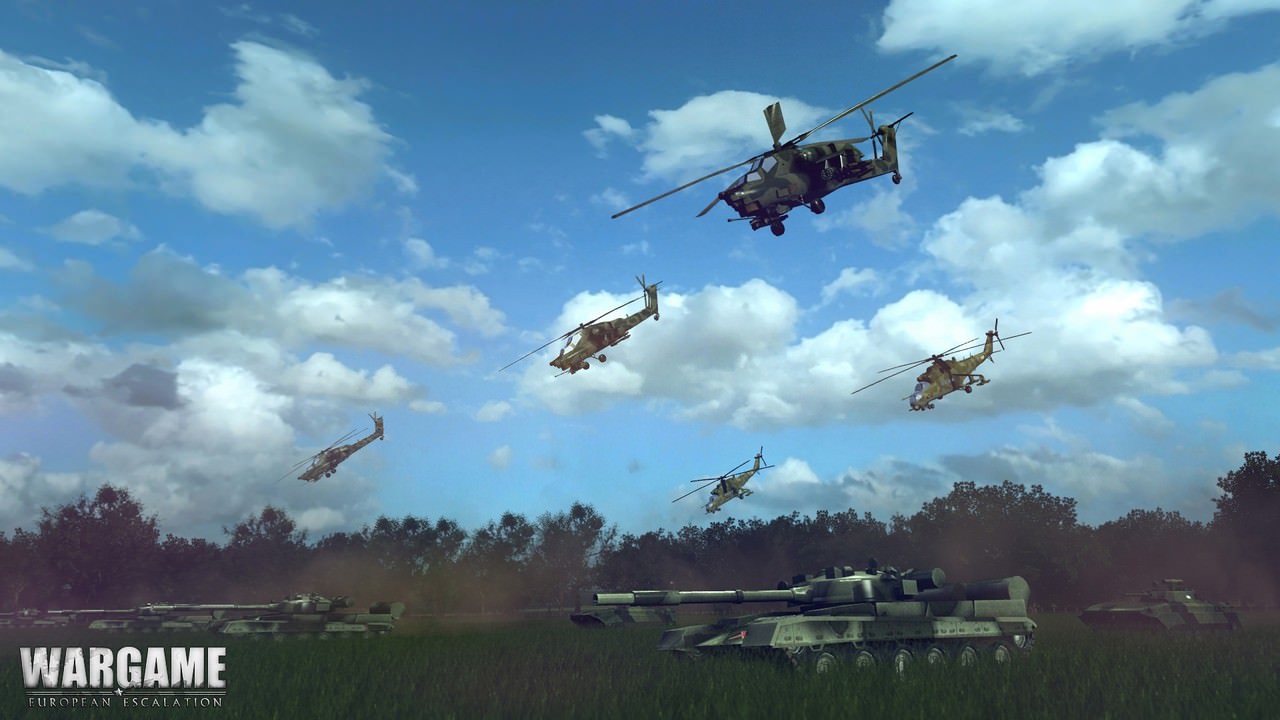 Men of War: Assault Squad 2 – Cold War is but the latest game to take us back to 50 years of conflict that somehow didn’t kill us all… and to actually fight it out on a digital battlefield. I say that is not enough. I say we need more AAA game series to embrace the war that wasn’t. Here are a few franchises that are frankly insulting in their unwillingness to embrace the Cold War.

It doesn’t matter when exactly the Cold War could have gone hot, it’s scale would have been apocalyptic. Mass deployment of mechanized and tank formations would have overshadowed even the most mind-boggling battles of World War II (so Kursk). And you know what game series is very good at (at least) pretending that you’re engaged in massive combined arms warfare? Battlefield.

Just think about it: two almost identically matched sides (though a given Warsaw Pact tank tends to be smaller) duking it out with everything they have. You’d have all sorts of infantry, armored vehicles, tanks, helicopters, and fighters to throw into the mix. Set the game somewhere closer to Korean War than Desert Storm and you can even have nearly realistic jet gun duels. Show us some rarer equipment and guns from the era – the FAL might be called “the right arm of the Free World,” but it never took front and center in any game.

Of course, Battlefield is currently both married AND joined at the hip to the idea grinding levels to unlock guns and customization. Options for that are somewhat limited in an era where the choice of weapon optics was between “yes” or “no.” On the other hand, if DICE managed to somehow pull it off for WWI and WWII, I’m sure they’ll do fine with half a century of arms development at their fingertips.

Company of Heroes 1 had all the mods. However, most of those mods focused on making the game more realistic than WWII actually was. There was only one modern mod, which pitched the USA vs. China. Kinda surprising, seeing how basically every CnC General mod starts with “OK, let’s add Russia.” But early Cold War would perfect for the niche where Company of Heroes 1 shined!

First of all, remember World in Conflict? It somehow managed to put personal stories and memorable characters among troops into a game where you threw tank platoons into the grinder without a second thought. Company of Heroes is a much more intimate game, and it was extremely good with intimate stories when it came out (let’s not talk about Company of Heroes II).

So I feel like the tight maps that the series is famous for would work well as the stage for a cataclysmic conflict in Central Europe. You could have T-34/85s dueling Easy 8’s in newly-rebuilt German towns – before a Tier III unlock in the shape of a shiny new T-54 burst on the scene. Or you could have motostrelki dismounting their BTR-60s to engage late-model M60s with RPGs. In any case, the unit barks would be amazing.

Few people remember it these days, but the series wasn’t always a frankly embarrassing love letter to the HIGH SPEED LOW DRAG TIER 1 BLACK OPS OPERATOR. Back in the days of Call of Duty II, you were, more often than not, just one of the million soldiers fighting the war. You didn’t have to shoot Hitler at the end of the game, but you didn’t feel poorer for the lack of personal conflict or boss fights. So why not bring that back with a dash of Cold War Gone Hot?

Besides, since neither of the sides involved in the conflict is actual Nazis, you can have both Soviet and NATO campaigns. Think about the potential variety! You can be a Finnish conscript bravely sacrificing his life to give Sweden a minute or two to prepare. You could be a Belgian trooper enacting a fighting retreat. You may even be a Soviet Guards tanker, trying desperately to brush away the hordes of Leo 1s thrown in the way of your T-80 company.

Naturally, this kind of war would lend itself better to the narratives of the earlier games, where surviving and achieving your goals was good enough. And if you still want special operations actions, well, you had the Brits doing shenanigans back then, you can have Spetznaz infiltrating ahead of the main push today.

You may remember that Berlin played a huge part in Cold War spy fiction. Wouldn’t that make for a natural backdrop for an Assassin’s Creed game? The setting is already drenched with expectations of silent murder and cover-ups. So what’s another vaguely Middle-Eastern assassin shaped drop in the bucket? Time to introduce some cold steel to the flesh of STASI, KGB, CIA and MI6 agents. You might even get to collapse an Operation Gladio-related plat – after all, that seems like a Templar conspiracy!

Berlin is huge and well-documented. And since you’re playing Cold War, you have two distinct halves of it, which means playing in two different, yet slightly-similar environments. I’m sure Ubisoft will find a way to work climbable ledges into the architecture of Soviet block apartment buildings – as well as roof-top goons. And since it’s Berlin, you can also go rooting for ancient alien artifacts hidden by Romans, Holy Roman Empire, and even the Nazis!

Naturally, the whole Iron Wall might get in the way, but if we managed to cross the Bosphorus in Assassin’s Creed 3, then we can have a smuggler contact in a beat-up Trabant waiting for you in this title.

OK, hear me out. Medal of Honor died when it tried to follow Call of Duty. When you come at the king, you better not miss – and MoH missed. It should not have tried to replicate CoD’s Tier 1 Operator Action That Is Actually No Different From Regular First Person Shooter Gameplay. Instead, MoH should have hearkened to the stealthy-sneaky shooter roots of yore. Besides, trying to tie themselves to the historical background (when Call of Duty was freebasing Tom Clancy) bit them in the ass.

So why not give Cold War or Cold War Gone Hot a try? There are 50 years of conflict to exploit. If you don’t want to infiltrate your way into a Soviet laser facility that blinds spysats (that really existed) before shooting your way out, make up a war scenario! Maybe you’re the one working to ensure that nukes don’t fall. Maybe you’re one of the Spetsnaz troopers in Germany making sure no Bundeswehr engineer finally achieves sapper saintdom by actually employing nuclear demolition munitions.

You can also get involved in the mercenary actions in Africa… which may be a precursor to you infiltrating a Selous Scouts compound or attacking an airbase that is supposed to provide support for a SAR armored thrust. The possibilities are wide.

Twilight 2000 is an old RPG that created a world where, via a series of increasingly unbelievable events, World War III went only slightly nuclear. Europe et al is now home to roving bands of soldiers left to their own devices. It sounds like a perfect scenario for Mount & Blade! Jump into the shoes of a young staff sergeant (which may be the actual shoes you took off the corpse of actual staff sergeant), roam around recruiting shiftless deserters and gung-ho civilians, rise in power and restore some peace and stability in your slice of Europe.

Bonus points for engaging in some cattle rustlin’ with a BMP-2.