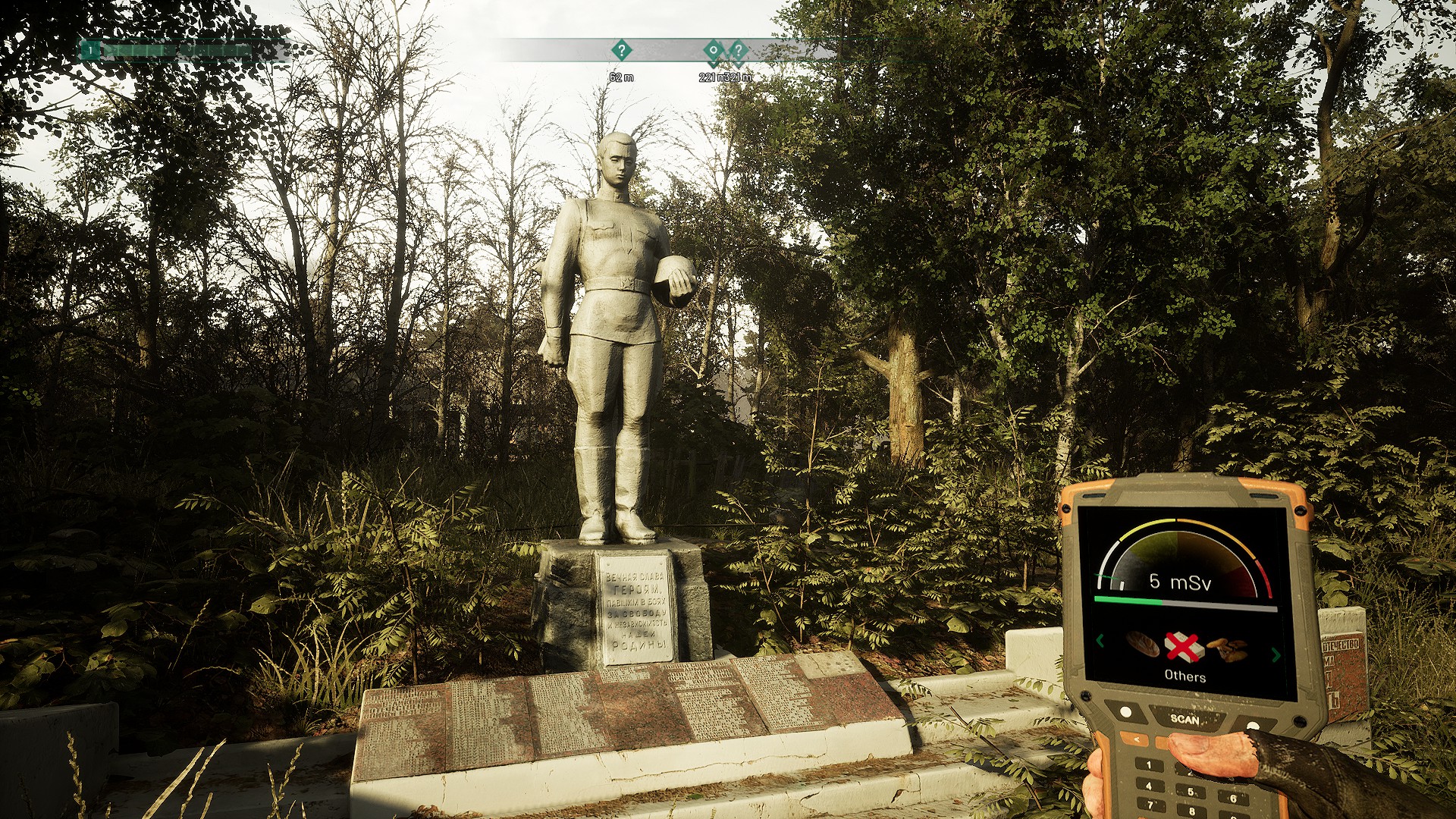 Actually really good! In Carrion, you play the disgusting alien that’s absorbing people left and right, and leaving bloody trails. One of the first things you notice is the freedom and speed of movement. You’re not some side-scrolling chump, you’re a clump of fleshy pseudopods, go wild careening down the tunnels and shafts.

You’ll constantly gain new powers. And what’s interesting about that is that Carrion will sometimes makes you dump some mass to get to a lower your flesh monstrosity level, because that’s where the powers you need to progress are. So, in a sense, Alien Monster Trine by the end . It’s a neat – if short – indie game.

What if STALKER: Shadow of Chernobyl was a bit spooky and very obviously a Ukrainian or Russian indie game? Then you’d get Chernobylite, and the awful nerd references it drops left and right (previously, the best example of this syndrome was the ATOM RPG), as well as portraits and icons obviously being pictures of cosplaying devs.

While I don’t think that using live footage for certain bits of the game helps, it’s really pretty otherwise. Chernobylite is less free-form than the STALKER games, but it’s still plenty fun. Just don’t play it in the evening.

I was surprised to learn that the VtM visual novel is an indie game. The most stand out feature for me, at least, is the writing, which just pulses with the White Wolf vibe. Also, it’s kinda strange to see contemporaneous culture reflected in the game, but it might because I’m usually playing what I’m playing.

I did not play this indie game for too long. It’s partially due to time constraints, and partially because the voiced protagonist just sounds like the biggest asshole. The gameplay elements hint at depth, but I just can’t get over that voice (and some of the stuff he says). It’s also think the game tries, at least a bit, to appear to be set at a western country at the start, when it’s obviously not, but it might just be me.

While I’m getting tired of Irreverent Fantasy <Thing> as a genre, Here Be Dragons is still a neat indie game. The battle system is interesting and the art is quite good. Just wish there was less slapsticky nonsense.

This Land is My Land

Well, there’s probably a reason why it’s rated “Mostly Positive,” and I barely put time into it, but that’s because I didn’t like what I saw. I’m not a fan of crafting in games – it’s usually just a chore to make you WORK for your cool gear by grinding materials instead of, you know, using combat, the games usually deepest system, to pry it from the hands of a defeated foe. It’s even worse when the first thing you have to craft comes with a description that goes a lot like “look, this is a shit bow, but it will have to do for the moment.”