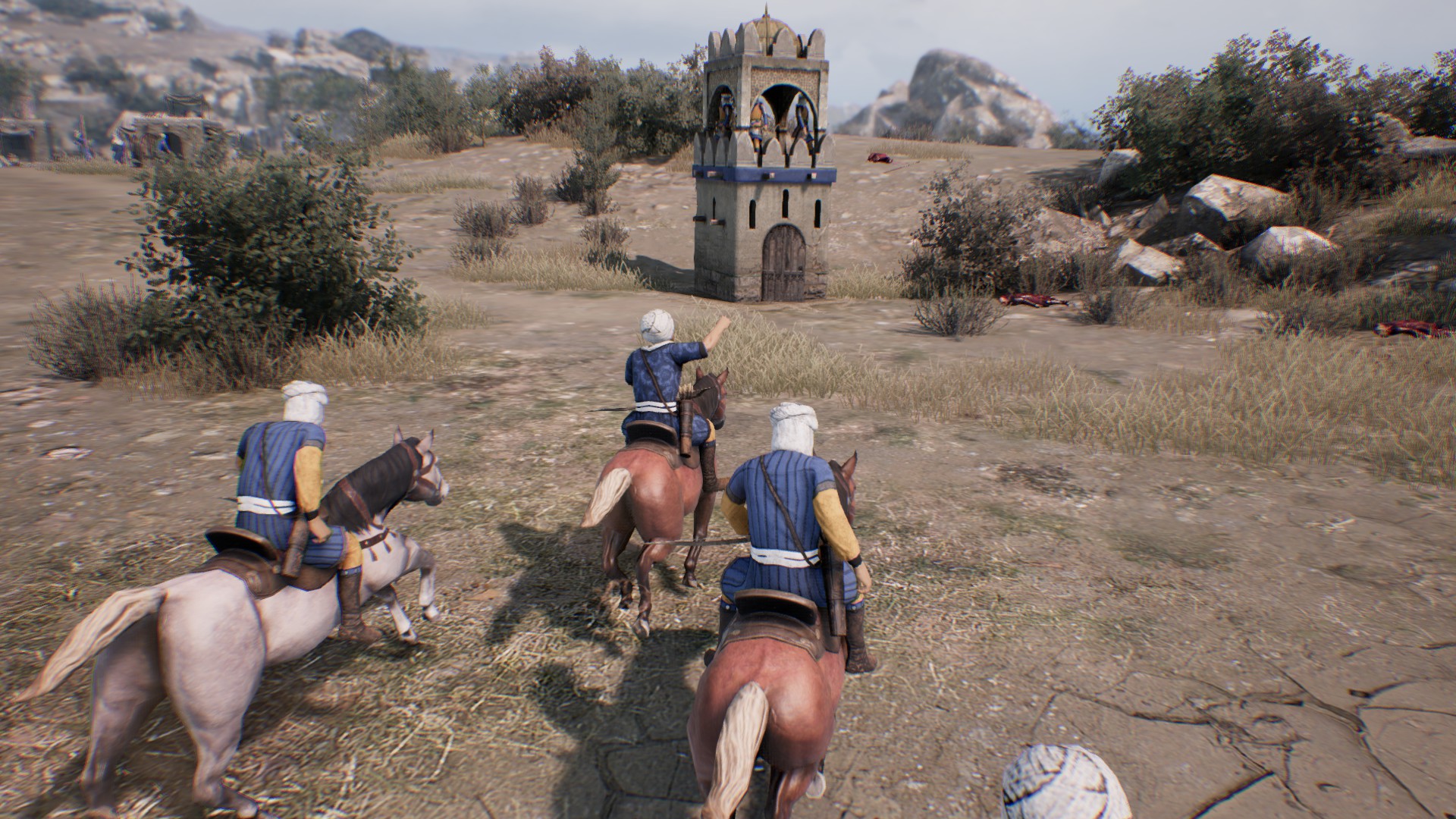 Despite its short length, this review took a lot of time to reach the blog. The DLC isn’t that big! Ancestors Legacy started out as a game set in the early Middle Ages when Vikings roamed the earth. Do you know what else happened in the early Medieval era? The Crusades, baby! And the Saladin’s Conquest DLC allows you to fight them as the people it’s named after.

You may remember this dude Saladin as basically the most famous foil for the ambitions of the Crusaders. As a historical personality, he will appear in the new campaign to order you around. However, you will be controlling historically plausible war leaders and their troops as they seek vengeance against the Christian lords of the holy land.

Now, the “both sides did it” start of the campaign may not be necessary or fun, but the campaign soon moves to the good stuff: set pieces and fancy, handcrafted scenarios. You want to harry the Crusaders as they march in the desert heat or raid their camp at night? Do you want to infiltrate cities? It’s all there.

Aside from the nearly-RPG level scenarios, Saladin’s Conquest DLC also features some regular gameplay as well: that is, fighting for villages, building up your base and crushing the enemy.  In fact, the second mission of the campaign combines both of them, as you seek to take towns outside the walled city that your assassins are infiltrating to take out key commanders in a very Assassin’s Creed-esque fashion.

Talking about the Saracens themselves, they’re the faction for those who love cav. That’s both their strength and weakness. Horse archers are a near-cheat option in Saladin’s Conquest almost as much as they were in real life. However, their infantry choices are both sparse and not that impressive.

Of course, that’s if you don’t take the assassins into account, as they’re tailor-made for “shenanigans,” like taking out defensive structures with bombs. Overall, Saracens could feature more units to make them feel like a full faction, but no Ancestors faction is really awash in units, so it kinda evens out.

Except for grenadiers, which are kings of friendly fire and wiping units out – not a great combo in a very melee-focused game.

Saladin’s Conquest DLC also brings desert maps for your skirmish needs. And while you don’t really have a Christian crusader faction in the game, the campaign gets around this restriction with creative use of reskinning. Slap a huge ol’ cross on the shield of a Saxon spearman, and he’s a crusader now. All in all, it’s a neat decision.

Saladin’s Conquest DLC will please any fan of the original Ancestors Legacy game. It has the gore and violence you’re accustomed to, as well as the attention to detail that makes the maps in the game such a pleasure to the eye. Overall, if you like the game, you will like the DLC.