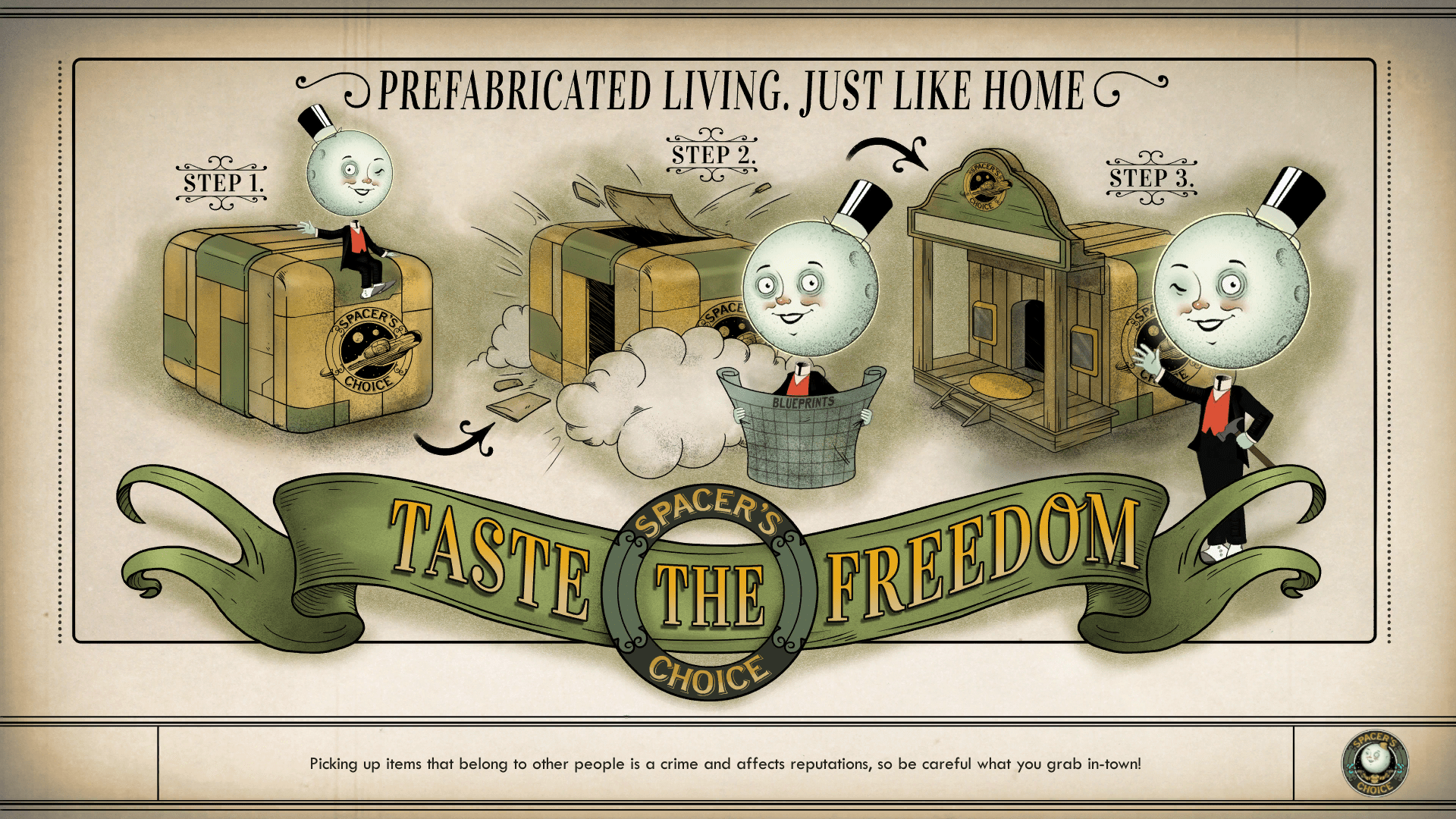 You may have noticed the question mark in the title – it suggests that this is not an article that lists many good reasons to play The Outer Worlds. No, it’s all about being baffled by my decision to continue playing and finishing it.

I was somewhat excited about playing this new sci-fi FPS/RPG right up to the moment when I met the first NPC. Just a Spacer’s Choice dude in a cave, he was. But initiating dialogue overwhelmed me with Bethsoft Fallout/TES vibes. It did not get better from there on.

The Outer Worlds is a very safe game. It’s a competently made game. It’s polished to the point where you can’t really call it a disappointment. It’s an OK game, with an OK-ness field so strong it strips criticism of vital power. I mean, why bother? The heights aren’t that high, the lows aren’t that low. It’s very hard to muster any real righteous anger (unlike when playing Call of Duty).

It’s lazy and/cowardly when it comes to worldbuilding. Most of the time, you’re looking at these gross perversions that the Board and the corporations are foisting on the society. Real stuff of “Modest Proposal” or “Brazil” given flesh. “OK,” you think, “I’m ready to reform this society via a moderate platform of shotgun blasts.” But The Outer Worlds tries to muddy the waters and starts defending the status quo the moment you discover the alternative.

“Yes, Edgewater is beset by mismanagement, deadly flu, medicine dosing based on your worth to the corporation, people have to pay rent for their graves plots,” The Outer Worlds says. “But what if those striking hippies in the hills ARE WORSE?”

Fuck off, game. And why are you trying to pull that 8 times in a row? Granted, maybe the twist at the end of the game will be great – there is some fairly subtle storytelling involved – but that won’t wash out the previous bits.

Spoiler: the twist at the end of the game did not redeem the game.

The rest is but a jumbled mess of gameplay missteps. When Obsidian made Fallout: New Vegas, it surprised me by giving you access to energy weapons from level one. The Outer World is even more scared that the player will miss out on the good gear, and just front-loads the stuff. I have never seen another game where I left so many flamethrowers, machineguns and assault rifles uncollected and unsold.

In fact, The Outer Worlds is one of the games where generic weapons outshine their special counterparts. Sometimes, you find a named version of the more mundane weapon or armor piece. And most of the time, they’re not worth it – or you can’t even tell what their benefit is. Meanwhile, the generic weapons offer you to chance to slap mods on them to increase their usefulness and damage output.

The real trash garbage kings of the heap, in this case, are the Science Weapons. An unholy union of Wabbajack and the cult of HILARIOUS MAD SCIENTIST, collecting them even has a quest assigned to it. Also, they’re all bad, trading damage for some quirky effect that does not pay off even when you sink two perks into increasing Science Weapon damage. Sure, I could use the rifle that mind controls an enemy as long as I keep shooting them… or I could whip out my plasma gun (modded to fire electricity) and kill them in a headshot or two.

Speaking of perks, The Outer Worlds has this system where, as you’re experiencing damage from certain sources, you can take thematically appropriate penalties to get a free perk point (usually available every two levels). I was a fool to take robophobia for two reasons:

At level 26, I had run out of them some time ago. It’s a rare thing in RPG, to choose perks not according to how useful or exciting they are, but by which one feels the least useless. Yeah, I don’t think I’ll trade one of those for *squints* 30% slower walk speed.

Eventually, I almost rushed to finish The Outer Worlds. The final level was mostly a letdown. It was preceded by the standard “game with choices” bit which would have allowed me to totally reverse my moral course at the 11th hour (I didn’t – I shot them in the face). This was followed by a mostly-boring level of sneaking/and or fights, topped off by a long boss fight that I didn’t care about. The main antagonist was then despatched with a single hit, which doubled the amount of interaction I had with him in the entire game.

It’s… not good form to have a main villain that the player basically never interacts with and thus has little time to build both familiarity and hatred towards. When you play The Outer Worlds, you can see that the rot is all-pervasive and it doesn’t rest in a single man or woman. It’s really hard for someone to rise above the morass of shitty capitalists, to make you hate them more than the cowardly and idiotic middlemen you came to know while reading the logs.

In the end, I played The Outer Worlds out of a desire for cheap FPS action, chasing that quick hit of dopamine/accomplishment.  It was not obviously offensive like a German XCOM knockoff would be. It was mostly technically competent and the art was good. Storytelling had its issues – and so did environmental design, what with ammo being placed without rhyme or reason – but not too many issues.

Too bad that the fights were kinda lackluster – doubly so when I overleveled myself by doing the traditional “avoid the main plotline at all costs” tango. It’s kind of hard to be excited about taking down a specific mantiqueen when I have already blown up five or more by just scurrying in the plains of Monarch.

The Outer Worlds is a game that is as hard to recommend as it is to criticize. It’s just OK. It’s the most decently-made RPG of the year. It’s about as exciting as any joke your friends send that you react to with a “heh.” Sure, it’s not a bad game to get in a sale, but it’s not much more. The Outer Worlds is the True Neutral of videogames and it wants you to tell his wife that he said “hello.”